Businesses are tired of petitioning and … waiting
These concerns of businesses and associations were once again reported by Board IV to the Prime Minister recently, in which especially highlighting shortcomings in the collection of fees for the use of infrastructure and public works. public services and facilities in the seaport border gate area in the city. Ho Chi Minh City and Ho Chi Minh City. Hai Phong. 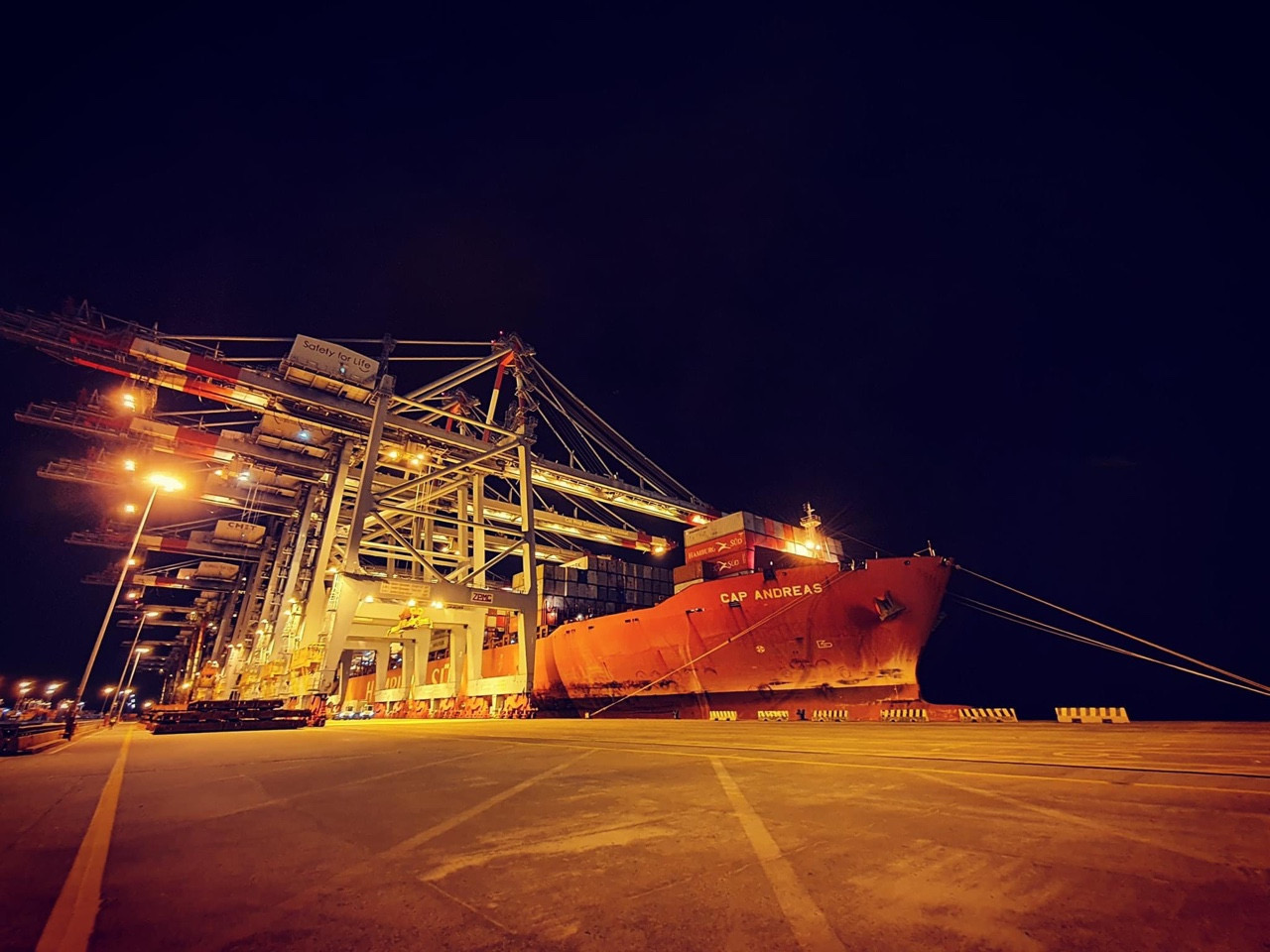 Reflecting recommendations related to the collection of fees for seaport infrastructure in Ho Chi Minh City. Ho Chi Minh City and Ho Chi Minh City. Hai Phong was previously received and summarized by Board IV in a report submitted to the Prime Minister in December 2020 and has been requested by the Government’s leaders to be considered and handled by relevant agencies. Recently, Deputy Prime Minister Le Minh Khai continued to give instructions and request the People’s Committee of Hai Phong City to coordinate with relevant agencies to study, consider and handle recommendations on the collection of seaport infrastructure fees according to their competence. rights, in accordance with the law on fees and charges and creating favorable conditions for enterprises. The Ministry of Finance also requested TP. Ho Chi Minh City and Hai Phong review the fee collection to ensure compliance with the provisions of the Law on Fees. Up to now, the City People’s Committee. Hai Phong has responded in writing, but still in the direction of explaining the reasonableness of the fee collected.

According to the association’s assessment, before the persistent proposal of businesses and associations, from 2019, Hai Phong has reduced the fee for seaport infrastructure compared to the initial collection time of 2017, but the The reduction is not large and is not a reduction for the purpose of sharing difficulties with businesses due to the impact of the Covid-19 epidemic.

The latest development was reported by Board IV after under the direction of Deputy Prime Minister Le Minh Khai, the Ministry of Finance is assigning the General Department of Customs to consider and comment on this issue, but until now, it has not been approved. There is no official response from the authorities, so the business is still tired of waiting.

Faced with this situation, businesses and associations continue to simultaneously urge the Prime Minister to consider and direct the City People’s Committee. Ho Chi Minh City Review and clarify the urgency of the fee collection at this time compared with the policy of supporting businesses, and at the same time, it is necessary to be transparent about the plan to build the fee and the time of toll collection compared to the total investment in infrastructure related to avoid the situation of fees and charges.

Notably, in the petition sent to the Prime Minister reported by Board IV, businesses and associations suggested that the city. Ho Chi Minh City explained the introduction of the fee applicable to businesses opening customs declarations outside of Ho Chi Minh City. Ho Chi Minh City is twice the fee applied to businesses opening customs declarations in Ho Chi Minh City. Because this regulation is seriously violating the spirit of the Law on Fees, which is “The fee is determined on the basic principle of cost offset, taking into account the local socio-economic development policy in each period, but must ensure fairness, transparency and equality in the rights and obligations of the people”. 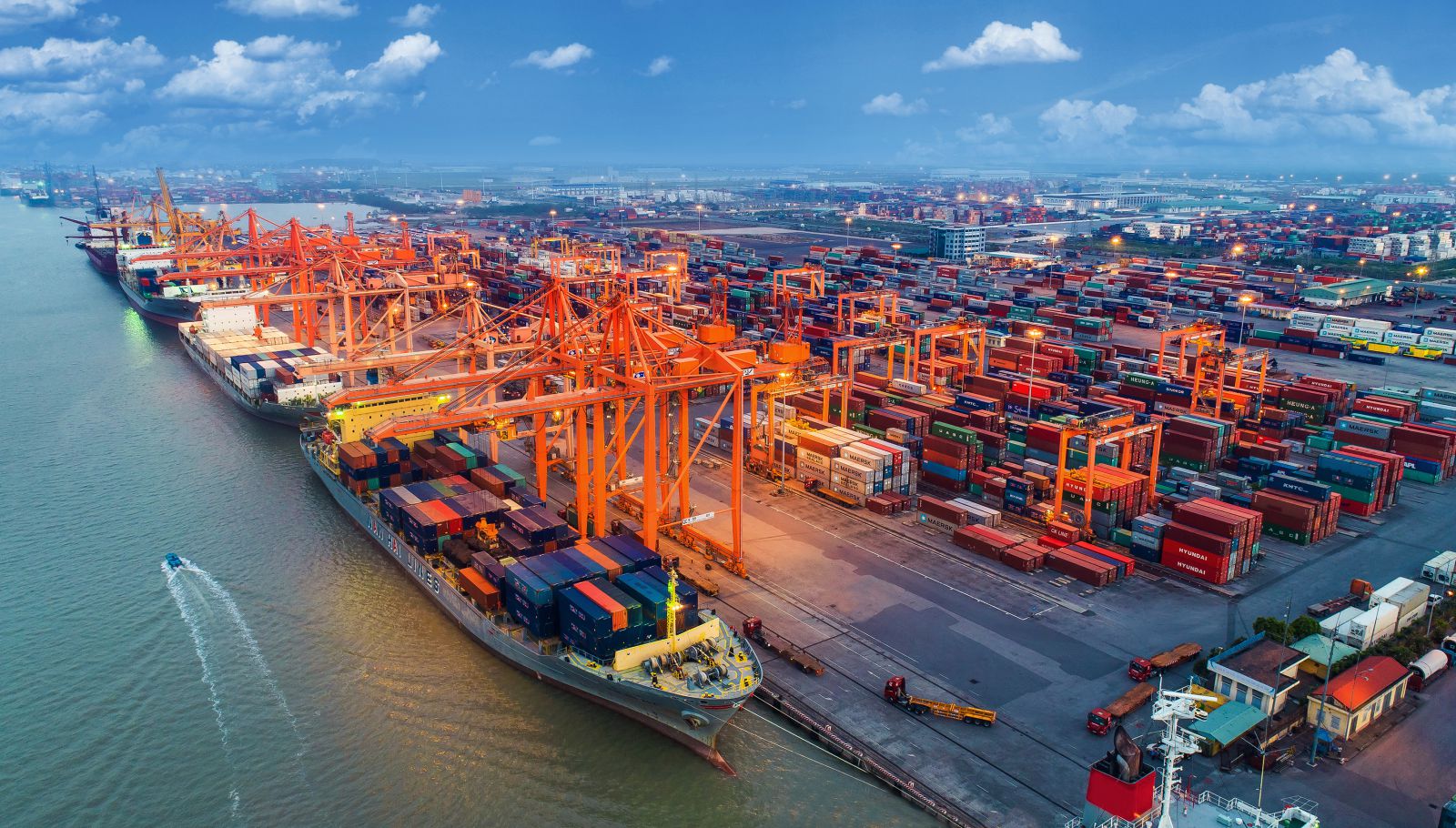 On the basis of the provisions of the Law on Fees, the Ministry of Finance has issued Circular No. 85/2019/TT-BTC dated November 29, 2019 guiding fees and charges under the decision-making authority of the Provincial People’s Council, centrally-run cities, in which, at Point b, Clause 1, Article 5, when formulating toll rates, the People’s Committees of provinces need to refer to the toll rates of localities with land border gates or port border gates. sea ​​in the area in order to establish a similar fee level between localities and regions; The fee level is determined on the basic principle of cost offset, taking into account the local socio-economic development policy in each period, but must ensure fairness, transparency and equality in rights and obligations. services of the people; Publicly post up the charging facility (in which it is necessary to publicize: The scope of the port project or the border gate area approved by the competent authority; the total project investment amount, and the expected volume of vehicles entering and leaving the port. , goods in circulation, project payback time and efficiency of toll collection), fee levels, etc.

In addition, according to businesses and associations, the Resolution and related fee collection scheme have not provided satisfactory information for businesses on the charging bases such as the list of infrastructure that the City has invested in to to calculate this fee to clarify whether there is an overlap or overlap in fees with traffic infrastructures that have collected road tolls, tolls, etc., the total investment of these infrastructures to clarify the amount of revenue collected in accordance with the Law on Fees is to offset a part of the cost spent on investment or not, … and the expected time of collection. Currently, the fee collection facility and the fee collection rate in the Resolution of the City Council. Ho Chi Minh City is not clear according to the provisions of the law on fees, so businesses think that it is very necessary to be clarified.

The time of application is not realistic

Analyzing the implementation perspective, Board IV said that due to the prolonged impact of the Covid-19 epidemic, businesses are facing a lot of difficulties in finance and operation of supply chains. “Therefore, this fee collection, no matter how it is interpreted, goes against the policy of supporting businesses that the Government is making great efforts, and affects the motivation to restore production and business of the business community. Currently, most businesses are facing extreme difficulties due to the prolonged impact of the Covid-19 epidemic, so it is hoped that the Government will direct ministries and sectors to once again review and clarify the urgency and necessity of the situation. The necessity of the application of the above regulations at this time compared to the policy of supporting businesses to overcome difficulties in the context of the epidemic to make informed decisions, to avoid pushing businesses into a state of exhaustion and mass collapse. . At the same time, continue to review policies to support businesses to reduce or optimize cash flow to overcome difficulties”, the representative of Board IV emphasized.

In the latest report, Board IV continued to request the Government to consider and direct the City People’s Committees. Ho Chi Minh City and Hai Phong reconsider the non-collection of seaport infrastructure fees during the period when businesses still face many difficulties due to the epidemic, at least until the end of 2021; at the same time, clarifying the reasonableness of the collection rate and collection time compared to the total investment in related infrastructure (excluding infrastructures for which other fees have been collected. Besides, Board IV also proposes to review. and remove regulations that are violating the spirit of the Law on Fees such as regulations that cause inequality in the level of revenue for businesses that open customs declarations in Ho Chi Minh City and businesses that do not open customs declarations in Ho Chi Minh City.

Previously, the Vietnam Association of Seafood Exporters and Producers (VASEP) also sent a petition to the Ministry of Justice to report and request the Government to consult with the People’s Council and the City People’s Committee. Ho Chi Minh City to consider not collecting seaport infrastructure fees during the period when the economy is facing difficulties due to the Covid-19 epidemic, at least until the end of December 31, 2021. At the same time, the Association also proposed to adjust the reduced revenue levels in the direction of not considering this as the main source of budget contribution to the city. HCM.

However, according to businesses, so far, businesses have had to pay a variety of fees related to infrastructure construction such as tolls and tolls, road use fees, and BOT fees. In particular, only the BOT fee, the enterprise has to bear a large amount of transportation fee when going through BOT stations.

The calculation of VASEP shows that, if you incur additional fees for using the city’s seaport infrastructure. Ho Chi Minh City, a medium-sized seafood enterprise outside of Ho Chi Minh City. will have to pay an additional 5.5 billion VND/year. Not to mention, seafood enterprises have the need to import raw materials for processing, processing and re-exporting finished products. As such, each finished product will be charged twice, once for the import container and once for the export container.

Therefore, the collection of new fees will increase the cost burden for businesses while struggling with many other difficulties such as: sudden increase in sea freight rates, reduced consumption due to the impact of the Covid-19 epidemic.

According to VASEP, currently more than 70% of the country’s imported seafood products are concentrated at the seaports of Ho Chi Minh City. HCM. Meanwhile, Vietnam’s logistics costs are also at a high level compared to other countries in the region, significantly reducing the competitiveness of seafood enterprises in particular, production and business enterprises of Vietnam. South in general.

From the above analysis, VASEP found that the fee for seaport infrastructure of the city. In this period, Ho Chi Minh City is not suitable and goes against the general policy of the Government to promote the simplification of administrative procedures, cut costs in order to improve the competitiveness of enterprises, maintain jobs for workers. 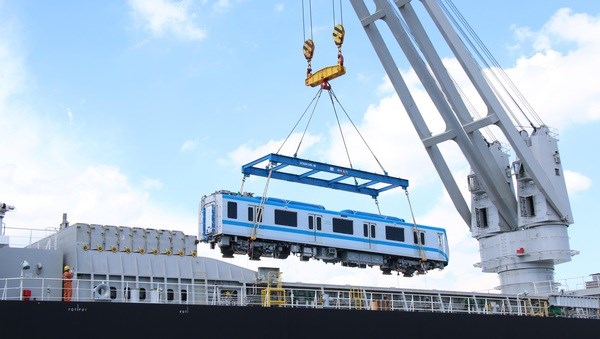 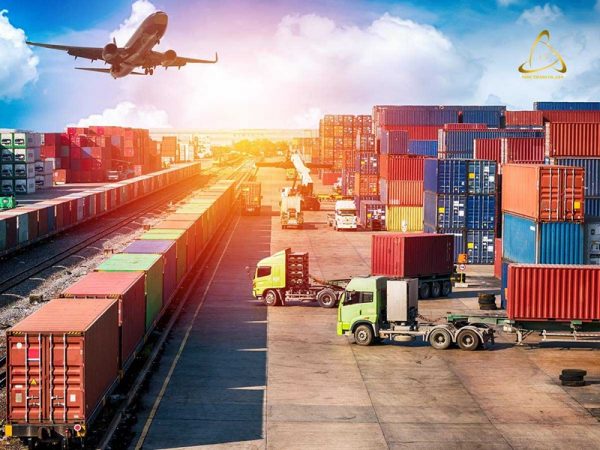 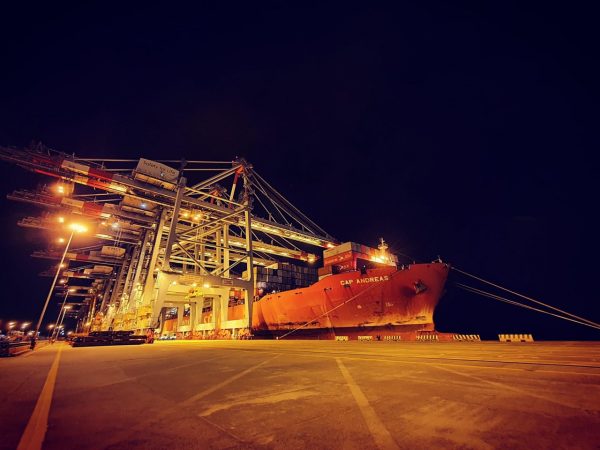 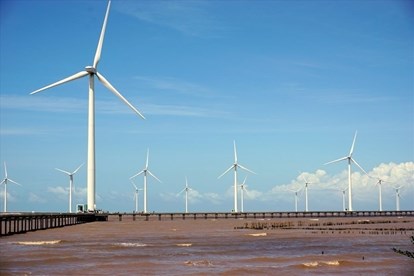 Wind power projects in Vietnam are racing to energize before October 31 to enjoy the [...] 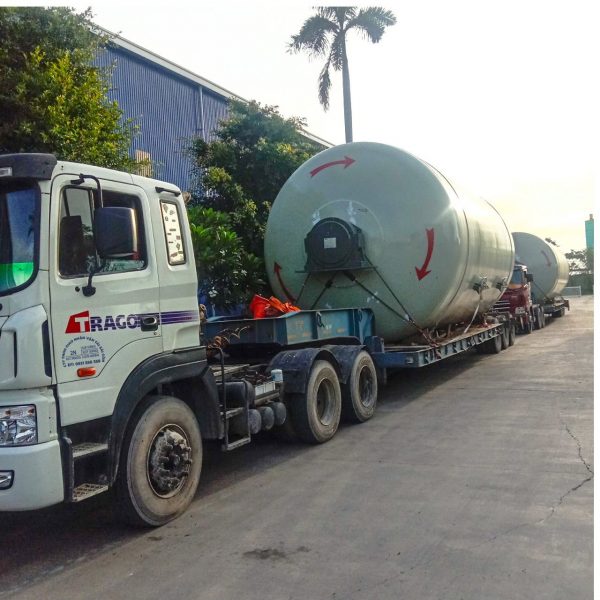 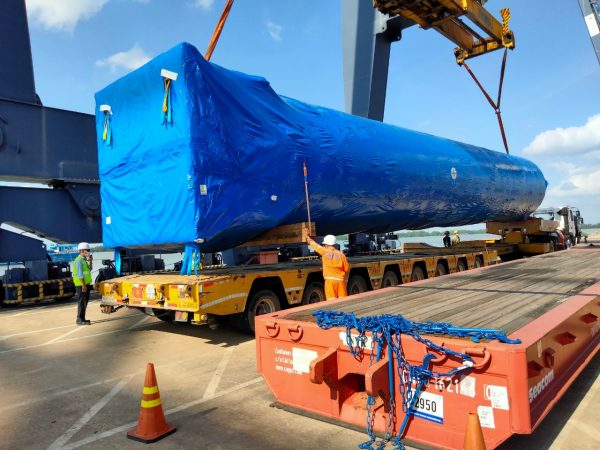 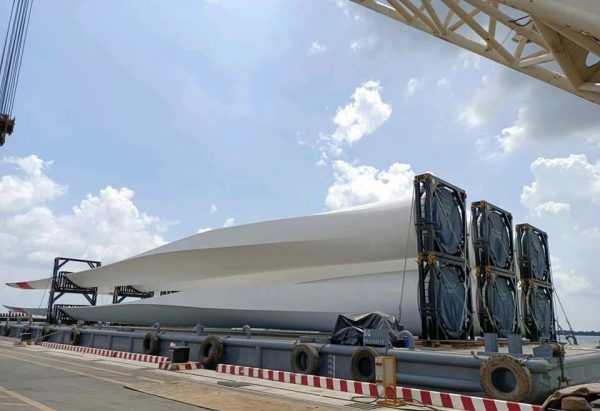 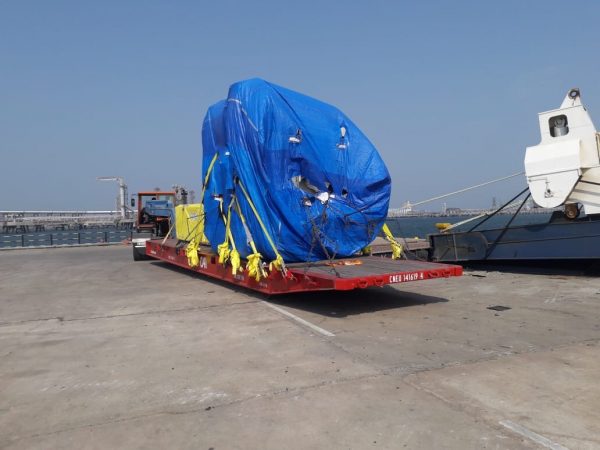